In the previous installment, we discussed fire’s usefulness in the home. When properly harnessed, fire provides soothing heat for the all-to-soon Winter months coming our way. However, when fire escapes its confinement, the results are all too often catastrophic due to our wooden homes which provide the perfect mixture of fuel and oxygen. Statistics from the National Fire Prevention Association (NFPA) and other organizations bear this out.

In this installment, we will examine early warning methods and devices to alert us when fire erupts undetected in our homes. Other than a massive explosion of some kind, fire generally smolders as it gets itself organized generating its advance tracer ‘smoke’. Smoke, made up of minute particles, is readily detectable in early warning devices designed to recognize its signature and presence. But not all smoke is made the same.

In past years, studies show during the early onset of a fire, home occupants had up to 10 full minutes to gather each other and their belongs and get out of the burning house but today that number has been reduced down to 3 minutes or less due to the presence of material and items made from plastics, aka hydrocarbons, aka petroleum, aka oil. These items ignite faster, burn hotter, and spread fire and its toxicity faster than other naturally occurring fibers and it is for this reason, more than ever in the past, early detection of a house fire is directly tied to our survivability.

First, it is important to point out the difference between a smoke detector and a smoke alarm. Smoke detectors are generally a component of a more comprehensive monitored, low voltage alarm system and signal to a central source when activated which in turn sounds the alarm (both in the house and dial out). Smoke alarms, on the other hand, either powered by battery or 120 volts, sound the alarm at their station and can be interconnected through hard wiring or radio frequency with other similar alarms throughout the house to provide an unmistakable audible shrill sure to wake the deepest of sleepers.

Detectors and alarms are often interchanged one for the other but for our purposes today we will use the proper terminology ‘alarms’.

There are two types of smoke alarms, photoelectric and ionization, and each responds differently to the presence of smoke. The type of smoke present depends on the type of fire; flaming fires produce smoke of different compositions and signature than a smoldering fire.

Because no two fires are the same, it is difficult to say which of the two types of smoke alarms is best suited for the home. In studies, both versions performed well in their response times relative to the type of smoke. The good news is the market does provide a duel sensor alarm with both photoelectric and ionization recognition in either battery or hardwired versions. These duel sensors alarms are not to be confused with combination smoke and carbon monoxide alarms-you will need to know what to ask for.

Carbon monoxide gas and its respective alarms will be discussed at greater depth in the final Part III of this series.

The above hypothetical question of which alarm power source is better was won year after year by the 120-volt hardwired alarms over battery-powered because of the hands-free, zero maintenance requirement. Battery smoke alarms require annual replacement, often with expensive 9-volt batteries. Attempted reminders were built into the Fall Daylight Saving reset like “Fall back and battery up!” Such public service slogans all too often fell on deaf ears and short memories.

To help remind homeowners of their dutiful attention to replacing batteries, manufacturers built in a chirping system with battery detection electronics. At best, this irritating reminder served to give new purpose to broom handles and baseball bats. At worst homeowners simply removed the battery leaving themselves and their loved ones fully unprotected. Statistics reveal an estimated three out of five house fires with fatalities occurred in dwellings without working smoke alarms. Sad but true, human error can never fully be removed from the safety equation.

Note: We wish to make the distinction here between smoke alarms powered solely by battery and their hard-wired relative. All hard-wired alarms are equipped with a battery back-up system to continue providing audible notice even after the power has gone out during a fire event. They too, like their battery cousins, would endlessly provide a chirp when power supplies ran low.

WHEN SHOULD YOU CONSIDER BATTERY AND HARD-WIRED?

For guidance here we go to The Residential Code of New York State which contains the requirements for State residents to follow with regards to location, type of alarm, etc. It is an ever-evolving, ever-changing code making, hair-pulling process driven by studies, actual events, and the alarm manufacturing industry.

At one time, houses under renovation followed a ‘50%’ rule-if the square footage of the new addition encompassed 50% or greater of the pre-existing space, then hardwired alarms were required throughout. That has since morphed to a softer, more friendly version allowing for battery alarms in the unaffected areas of a renovation where “interior wall or ceiling finishes are not removed to expose the structure” with the new portions of the renovation requiring hard-wired smoke alarms. Unfortunately, this requirement currently in effect allows for two separate systems operating independently of each other.

In previous iterations, smoke and carbon monoxide alarms were required to be within 15 feet of the sleeping area. This was replaced 2 code cycles ago with the wording “in the immediate vicinity of bedrooms” a more vague and unspecific measurement to be sure. Past versions of the regulation used the term ‘sleeping areas’ instead of ‘bedrooms’ which more accurately included studio apartments, fold-out sofa beds (commonly found in living rooms), and other areas. Taking one step forward then two steps back will never get us any closer to that ‘sweet spot’ in the wording of this regulation but undoubtedly the revision process will continue for years to come.

Smoke alarms shall be installed in the following locations:

2.   Outside each separate sleeping area in the immediate vicinity of the bedrooms.

3.   On each additional story of the dwelling, including basements and habitable attics and not including crawl spaces and uninhabitable attics. In dwellings or dwelling units with split levels and without an intervening door between the adjacent levels, a smoke alarm installed on the upper level shall suffice for the adjacent lower level provided that the lower level is less than one full story below the upper level.

4.   Smoke alarms shall be installed not less than 3 feet (914 mm) horizontally from the door or opening of a bathroom that contains a bathtub or shower unless this would prevent placement of a smoke alarm required by this section.

For a full view of this requirement, see the article here.

In New York State-It is Now the Law

Early in this article the term ‘human error’ was referenced. The State of New York apparently also took notice of this inescapable condition because on March 29, 2019, a press release from Albany stated,

“Effective April 1st, 2019, all new or replacement smoke detectors offered for sale in New York State must either be powered by a sealed, non-removable battery with a minimum battery life of 10 years or hard-wired to the building.”

Although the State here fails to delineate between detector and alarm, the State and this growing national trend address the issue of human error by removing it as far as possible through legislation by requiring all smoke alarms to contain sealed batteries good for at least 10 years. The alternative is to install hard-wired alarms which we interpret as meaning all hard-wired, battery back-up interconnected alarms.

These new requirements will cost a bit more per unit, but safety should never be equated to cost. At this writing, it is not known what in ten years will suddenly remind us to change all of the smoke alarms, but we have a good block of time to figure that one out.

Recent advancements in smoke detection technology have produced a ceiling/wall-mounted smoke alarm with a 10-year battery and equipped with the ability to be inter-linked through radio frequency, Bluetooth, or Wi-Fi meaning if one device sounds the alarm, they all sound the alarm simultaneously. One manufacturer makes a master alarm that is 120 volts hard-wired with satellite alarms containing the 10-year enclosed battery. Other manufacturer’s alarms are just all battery-powered.

These new interconnectable alarms are available in all chain retail outlets and at your neighborhood hardware store-just do your on-line homework first to ensure you walk out with the right products in hand.

Author’s Note: Nothing described above is intended to obviate the authority of any local and/or regional jurisdiction to write and enforce more stringent requirements with regards to smoke, carbon monoxide, and heat alarms. Please check with your local municipality or call a Lippolis Electric sales representative to assist in making this all-important determination or for any other pressing electrical issue. 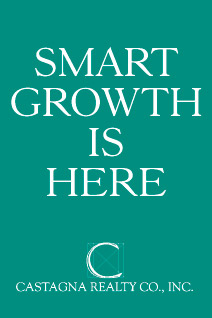